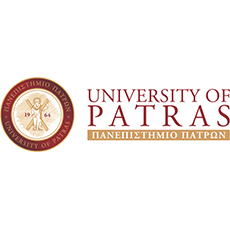 OBJECTIVES:
Provision of access to the following infrastructure:
STRULAB

Name of the infrastructure and its installations:
STRULAB-RW

Location of the infrastructure:
University of Patras, Patras, Greece

DESCRIPTION OF THE INFRASTRUCTURE:
The Structures Laboratory (1991) is a facility of Dept. of Civil Engineering of the University of Patras. The Department’s academic personnel have an intense RTD activity in Structural & Earthquake Engineering since the 1980s, promoting it to the top 200 departments worldwide (2020 QS Ranking list). STRULAB research activity includes over 40 EC (e.g., as partner PREC8, ICONS, SAFERR, CASCADE, NODISASTR, LESSLOSS, SYNERG, EXCHANGE-SSI, SERA and coordinating institute SPEAR, ACES, SERIES) or national RTD projects. Its research outcome has been widely recognized (e.g., the method adopted in EC8, Part 1-3 for the assessment and rehabilitation of existing structures has been developed at STRULAB by Prof. Fardis). Research activity at STRULAB covers the seismic response of reinforced concrete structures, the design of new and the assessment of existing RC structures, the effectiveness of traditional/innovative systems for repair/retrofitting of substandard buildings and the behaviour of bridges. New experimental techniques have been employed and further developed: STRULAB is one of a handful of facilities having performed distributed (intercontinental) hybrid simulation tests. Its research thrust had direct contribution to the pre-normative research for European norms (Eurocode 8) through Prof. M. Fardis (ex-chairman of CEN/TC250/SC8 and currently vice-chairman of CEN/TC250).
The structural testing (at full-scale or substructured) under this proposal will be performed employing STRULAB’s 18x16m strong floor and two, 5.5m-tall orthogonally placed, strong walls for uniaxial or biaxial testing. This infrastructure is further equipped with 8 actuators (from 360kN to 1MN and strokes ±0.25m to 1.0m) and 9 pistons (300–1000kN capacities). Three of the actuators may be used for dynamic testing of components, with one of them being employed for testing isolation devices. Continuous flow of 500 lt/min of oil is supplied by pumps, complemented by several standalone accumulators. Two, 4-channel controller banks with networking capabilities are used for test execution, operated in tandem or independently. The 128-ch data acquisition system available is linked to a web database for on-line observation or off-line test rehearsal. The Lab and the academic group supporting it have supported more than 100 external users in the past 20 years (12 within the 3-year course of the H2020-SERA project).
For more than 10 years the lab has operated the central portal (www.dap.series.upatras.gr) of a distributed database (developed in SERIES project, www.series.upatras.gr) providing access and sharing of data available at the databases of participating labs.

Services currently offered by the infrastructure:
The RTD activity in earthquake engineering of the UPAT team has been continuous and intense since the late 1980s, covering the areas of seismic response of concrete structures (as-built or retrofitted), application/verification of traditional and innovative strengthening methods, testing of isolation systems, hybrid simulation testing of bridges, torsionally-unbalanced structures and natural-gas pipeline systems, etc. STRULAB is among the few European laboratories employing the hybrid simulation method with sub-structuring and among a very restricted list of those having performed geographically distributed hybrid simulation, comprising international participation. The method allows testing structures at large scale or structural sub-assemblies with the rest of the structure treated numerically. Within the TA activity of the SERA (H2020) project, the lab offered access to 12 users and successfully performed three experimental campaigns on their behalf (full structures of substructured components via hybrid simulation). The flexibility of the (HS) method employed allows users to realize a wide spectrum of possible testing configurations, while being assisted in designing and performing large scale testing by the experienced personnel of STRULAB. As in past projects (SERA) users are supported all the way from test planning to data curation, by a group of senior academics specializing in analytical/experimental research in earthquake engineering and by three, highly experienced, postdoctoral researchers.
In addition, the lab operates a distributed database, developed under the SERIES project and refactored/expanded under the H2020 SERA project. The Data Access Portal (www.dap.series.upatras.gr) provides visibility and user access (downloading) to experimental data/metadata offered by a network of collaborating experimental facilities. Curated data and metadata from past tests performed at STRULAB are available in DAP.
Last, telepresence capabilities at STRULAB (www.series.upatras.gr/telepresence) facilitate the option of virtual presence of users during (the multiple rounds of) test execution or for test rehearsal – it can can be used for training purposes as well.

DESCRIPTION OF WORK:
Modality of access under this proposal:
Following the Call for submission of proposals, STRULAB personnel will be available in providing feedback regarding the lab and its facilities and answering questions of potential users. Upon completion of the project-wide coordinated proposal selection process, access of selected user teams to the infrastructure will be provided based on access days – during an access day the laboratory is at users’ full service. Structural testing is an experience-based activity and as such, users are expected to be physically present. Should unforeseen situations call for it, virtual presence of users can be offered through the tele-presence capabilities of STRULAB testing system (on-line data updating of selected data and video, streamlined in real-time). The timeline for each project will be mutually agreed between users and the lab.
Typically, projects involving large scale models employ an appreciable number of actuators and instrumentation and require approx. 12 months: 2-3 months for the definition/design of the structural model including pre-test analyses, 3 months for its construction (includes specimen curing), 2 months for instrumentation and calibration of testing procedure, 2 months for testing (case-dependent) and 2 months for analysis, data interpretation and data management. The actual duration of access of each user team may differ depending on the complexity of the proposed testing campaign and the number of test rounds to be performed. Access day is when the actuators, the controllers and the data acquisition systems are hooked on the specimen. The scheme of actual cost for access is adopted (University of Patras has no procedures introduced for determining unit cost).

Support offered under this proposal:

During access to the installation STRULAB staff provides the following suite of services to users:

Users are assisted by a group of senior academics specializing in analytical/experimental research in earthquake engineering and by three experienced, postdoctoral researchers. The senior academic personnel of STRULAB will be the reference contact and will provide support on technical issues regarding the execution of the proposed testing campaigns. In addition, and where appropriate, the wide range of expertise of the rest members of the Division will be made available to users. The work will be carried out at the STRULAB laboratory and users will be accommodated in offices overlooking the laboratory. The offices are shared with postdoctoral and postgraduate researchers and neighbouring the offices of the academic staff thus allowing every-day interaction with users. Αccess to general purpose or dedicated software necessary for carrying out the experimental activity will be offered. Other next-door facilities include Structural Materials Lab, Fire Lab and University Library. Meeting facilities are available at STRULAB premises. Additionally, net-meeting facilities are employed for continuous communication and better use of resources. The experience of the Division in hosting and providing logistic support to scientific visitors and international students under the MEEES program, will be fully exploited: nearby lodging arrangements are available along with facilities within campus (restaurant, bank, bookstore, sporting facilities, medical assistance at the University Hospital).
A standalone, small scale (table-top) setup for hybrid testing (twin to one at the University of Bristol) which operates on the same method and software used for actual HS testing will be made available to trainees to delve into the hybrid simulation method, either performed locally (single site: UPAT) or via distributed substructuring (networked, multi-site substructured testing: UPAT/UNIBRIS). Training videos and material will be made available through the project web portal.

Outreach to new users:
The TA activity that developed at EU-funded earthquake engineering RIs providing access has received considerable attention within the earthquake engineering community, owing to an appreciable number of projects of high technical merit that have been carried out. As coordinating partner in SERIES and a TA facility in SERA projects, STRULAB will take advantage of its connections established in the past to publicize the calls for proposals, via personal contacts, announcements at STRULAB laboratory and other web pages of relevant content (e.g., scientific and professional organizations, etc.), and announcements during specialized workshops/conferences. Social media channels will be employed within STRULAB website to increase awareness on the access offered via the TA activity within ERIES – the associated (website/media) activity will be closely monitored before and after the Call for proposals to quantify the awareness raised and act accordingly.
Experience (SERIES, SERA projects) showed an increased interest of users in large scale, hybrid testing under seismic excitation (15 proposals, only one-third accepted): while specimens of large size can be accommodated only at JRC (with considerable preparation/testing time employed and reduced number of projects finally realized), STRULAB is tailored to small/medium-size specimens (of wide typology and material) which are particularly suitable candidates for the hybrid simulation method. Moreover, the biaxial arrangement of the strong wall system allowing multi-axial excitation to be imposed, the versatility in developing a wide spectrum of test setup configuration and the long-standing expertise in experimental testing, form a suite of attractive characteristics research teams may exploit to investigate innovative ideas that can be put under test at a manageable specimen scale/price. Coordination and management of the successful TA activity in SERIES and successful performance as TA facility in SERA (prompt execution of all three projects entrusted), is believed will pave the way for new users to entrust STRULAB’s experience in structural testing for carrying out their innovative, curiosity-driven research.

Review procedure under this proposal:
For details on the TA evaluation process, please refer to Task 1.2 of WP1 and the process followed by the TA-SEP in particular.