An independent Scientific Advisory Board (SAB) is appointed for the during of the ERIES project. Its role it to perform quality checks external to the management team will be in charge of the assessment of project progress, impact, dissemination, risks and opportunities, and ethical issues.

Dr. Svetlana Brzev has more than 30 years of consulting and research experience related to structural and seismic design and retrofitting of masonry structures in Canada and several other countries. Her research has been focused on seismic behaviour and practical design and construction issues related to masonry structures. She served as a member of the Technical Committee responsible for developing current Canadian masonry design standard (CSA S304-14) and is a member of the Technical Committee 250/SC8/WG1 responsible for developing Eurocode 8 provisions for seismic design of masonry buildings. She has been actively involved in several international initiatives related to promoting safe housing in seismically active regions, such as the EERI-sponsored World Housing Encyclopedia and Confined Masonry Network. Dr. Brzev served as a Director and Vice-President of EERI, a Director of the Masonry Society, and is currently a Director of the International Association for Earthquake Engineering. Dr. Brzev has co-authored two books related to design of masonry structures and a textbook on design of reinforced concrete structures and numerous papers and publications.

Farzad Naeim is President of Farzad Naeim, Inc., and an Adjunct Professor of Engineering at UCI. He received his Ph.D. in Civil Engineering in 1982 from USC and his J.D. with highest honors from Concord Law School of Purdue University Global in 2002. He is a registered California civil and structural engineer, a member of California bar, and a patent attorney. He was elected to the National Academy of Engineering in 2022. Farzad is recipient of the 2007 Fazlur Khan Medal for lifetime achievements in seismic design of tall buildings, the 2017 Bruce Bolt Medal jointly awarded by SSA, EERI and COSMOS for worldwide contributions to seismic safety, and 2021 George Hounser Medal, EERI’s highest honor for extraordinary and lasting contributions to bridging the gap between earthquake engineering research and practice. Farzad is a Past-President and an honorary member of EERI, past Chief Editor of EERI journal, Earthquake Spectra, President-elect of the International Association for Earthquake Engineering (IAEE) and the Los Angeles Tall Buildings Structural Design Council (LATBSDC). In addition, Farzad currently chairs California’s Strong Motion Instrumentation Advisory Committee and is a member of California Hospital Buildings Safety Board (HBSB). Farzad has published five textbooks, more than 160 peer-reviewed papers, and has developed 45 different software systems for earthquake engineering design and education. 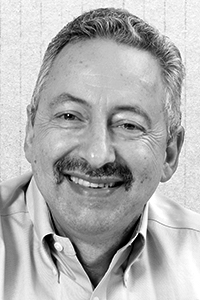 Yukio Tamura is a Professor and the Advisory Director of Research Center of Wind Engineering, Environment and Resources, School of Civil Engineering, Chongqing University, China. He is also a Professor Emeritus of Tokyo Polytechnic University (TPU), Japan, and the Honorary Director of the TPU Wind Engineering Research Center. He served as a State Specially Recruited Expert Professor of Beijing Jiaotong University, China, for three years from 2014 to 2017 with the One Thousand Foreign Experts Program of the Chinese Government. Professor Yukio Tamura received his Bachelor’s, Master’s and Doctoral degrees from Waseda University, Japan. He served as the Director of the 21st Century Center of Excellence (COE) program and of the Global COE program funded by the Ministry of Education, Culture, Sports, Science and Technology (MEXT), Japan, for 10 years from 2003 to 2013. He served as the President of the International Association for Wind Engineering (IAWE) from 2007 to 2015. He established and has chaired the International Group for Wind-Related Disaster Risk Reduction as one of the thematic groups under the auspices of the United Nations Office of Disaster Risk Reduction since 2009. Through those disaster risk reduction activities, he has provided technical advice and training to government departments, research institutes and grassroots organizations. He serves as a chair/member of many wind engineering related professional and advisory committees in a number of countries including Japan, China, and the United States. He is serving as an Honorary/Guest/Adjunct Professor of 19 universities in China, Korea, Malaysia, Poland and the USA. He has received many awards including the ASCE Jack E. Cermak Medal in 2004, the ASCE Robert H. Scanlan Medal in 2016, as well as the IAWE Alan Davenport Medal in 2016. In addition, he has received other important awards, including the Japan Association for Wind Engineering (JAWE) 2015 Design Award for his contribution to the wind resistant design of the 634m-high Tokyo Sky Tree and the Chinese Government Friendship Award in 2017. Professor Yukio Tamura has been a member of the Engineering Academy of Japan since 2011, a Foreign Fellow of the Indian National Academy of Engineering since 2013 and a Foreign Member of the Chinese Academy of Engineering since 2017. 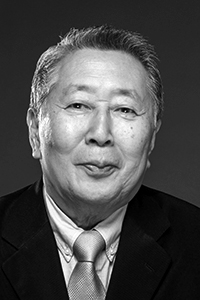