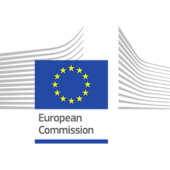 Name of the infrastructure and its installations:
European Laboratory for Structural Assessment

DESCRIPTION OF THE INFRASTRUCTURE:
The European Laboratory for Structural Assessment (ELSA) was opened in 1992. It operates a Reaction Wall facility of unique dimensions and testing capabilities in Europe and worldwide. The ELSA scientific and technical staff has developed and implemented the pseudodynamic (PsD) testing method and performed numerous large-scale reference tests. ELSA has become a world-renowned reference for experimental research, fostering collaboration across EU laboratories, research centres and industry. ELSA operates a 16 m-tall, 21 m-long Reaction Wall, with two reaction platforms of total surface 760 m2 that allow testing real-scale specimens on both sides of the wall. The laboratory is equipped with 28 actuators with capacities between 0.2 and 3 MN and strokes between ±0.125 and 1.0 m. The actuators control system is designed in-house to perform tests with the continuous PsD method with substructuring, that permits testing elements of large structures, bidirectional testing of multi-storey buildings, and testing of strain-rate dependent devices.

ELSA has been supporting research related to the structural and seismic safety of structures, including: reference tests on reinforced concrete buildings with and without infill wall panels; reference and pioneering tests on full-scale bridges, including irregular configurations, isolation and asynchronous input motion using the PsD method with non-linear substructuring; tests on models of parts of monuments for the development of assessment methods and protection techniques; reference tests on concrete-steel composite structures; tests on fibre-reinforced concrete composite structures; reference tests on models representative of existing vulnerable structures for the development of conventional or novel techniques and the calibration of European codes for assessment and retrofit; development of the continuous PsD method, allowing more efficient seismic testing of large-scale specimens; development of base isolation and energy dissipation systems; experiments on active and semi-active control of wind- or traffic-induced vibrations.
New areas of research will be opened to users in ERIES: safe and green renovation of buildings, design and retrofit for resilience (e.g., modular construction, damage-free structures, self-healing structures, influence of non-structural elements, cumulative damage, ageing construction, integration of structural stability, energy efficiency and new architectural/security demands), safety of built infrastructure against multiple hazards including climate change, new materials and technologies (e.g., design for deconstruction, multifunctional building envelopes, structural glass, advanced manufacturing, 3D printing), sustainable materials for construction (e.g., recycled concrete, biodegradable and sustainable materials, low-carbon steel and concrete).
Since its opening, ELSA developed a tradition of collaboration with research and industrial partners from all over Europe. The uniqueness of the services that ELSA offers makes it a first candidate for European users to apply for access. Users from new Member States have had increased access to ELSA during FP7, H2020 and through the JRC programme for opening access to its research infrastructures. Around 100 international users benefit every year from the ELSA infrastructure. Within the SERA H2020 project, ELSA provided 10 access days to 10 organisations (research and industry) from six European countries. The ELSA Reaction Wall was the most requested facility under the first SERA call for proposals for Transnational Access: among the 37 submitted proposals, 13 (from 38 European organisations and three top universities in the USA and Canada) were for access to ELSA.
Services currently offered by the infrastructure: The experimental tests that are conducted at ELSA are of such scale and complexity, that no other infrastructure in Europe can match. The services offered by ELSA are of vital importance for European research in structural and earthquake engineering, enabling scientists to carry out high-quality research through: experimental facilities that are unique in Europe for testing full-scale large structures under seismic or other loads; the competence in computational mechanics to support the design, simulation and interpretation of experiments; the critical mass of its research team that allows the set-up of co-ordinated research projects; the established collaboration with the main research institutions outside Europe (China, Japan, Korea, Taiwan, USA) in earthquake engineering; a database containing the experimental data generated by the infrastructure and already used for calibration/adoption of European standards and mitigation of seismic risk for existing ordinary and heritage structures. Users will benefit from the knowledge generated by ELSA, as represented by the most relevant scientific achievements comprising large-scale seismic tests on bridges with asynchronous input motion, buildings under bidirectional seismic action, base-isolated structures, components of the ITER Joint Undertaking infrastructure and steel buildings for fire following an earthquake.

DESCRIPTION OF WORK:
Modality of access under this proposal:
Access will be carried out at the premises of the ELSA laboratory, where the Reaction Wall, computing facilities and assistance by the ELSA staff will be made available to users. The services that will be available to the users are: technical assistance in the definition of the specimen and the testing programme; instrumentation of the specimens with state-of-the-art sensors; use of the PsD method with substructuring techniques for the simulation of the seismic action on large-scale structures; assistance for the development of advanced numerical models; a data repository system accessible via Internet; support for the use of photogrammetric techniques for tracing deformations of structures; opportunity to collaborate with the numerous international partners of ELSA; logistic support for organising meetings and access to the JRC library. If needed, virtual access can be arranged during the tests.
The data produced within the project will be uploaded to the database described in WP3.
The laboratory is equipped so that planning, model construction and instrumentation can run concurrently for several projects. Users will be fully integrated into the scheduling of the infrastructure during the testing phase and they will receive from the ELSA staff all the support needed to carry out the project. The typical duration of a project is 14 months: 3 months for the design of the model, 3 months for construction, 2 months for instrumentation, 1 month for calibration of the testing procedures, 2 months for testing and 3 months for analysis and interpretation of the results.
The access will be declared based on actual cost.

Support offered under this proposal:
JRC has a well-established tradition in hosting scientific visitors, providing logistic support (transportation/accommodation) and its excellent meeting facilities. More than 200 scientific visitors are regularly hosted at the Ispra site of the JRC. The unique facilities of the ELSA Reaction Wall will provide first-class technical support, with state-of-the-art instrumentation and experimental techniques for executing the tests. The ELSA staff, recognised as a major European player in the field of construction and earthquake engineering research, will provide high-quality scientific support. The staff includes known specialists in different areas, such as experimental techniques (control, measurement techniques), analytical and numerical modelling of materials and structures, and standardisation. Thanks to its recognition as a large-scale facility through the HCM, TMR and IHP programmes, the ELSA laboratory has been able to host a large number of users in the framework of European programmes of pre-normative research in support of Eurocode 8 for the design of structures in seismic areas. In the H2020 SERA project, ELSA hosted 29 users from six European countries. ELSA is a focal contact point for European researchers and industry, regularly holding conferences and workshops. At the international level, ELSA has established scientific co-operation agreements with leading international research institutions in the field. As the European Commission’s science and knowledge service, JRC supports EU policies with independent scientific evidence throughout the whole policy cycle. These activities create a stimulating environment for exchanging knowledge and expertise and will give the opportunity to users to establish new contacts and collaborations, as well as broad exposure to the science-policy interface and the most prominent scientific developments at European and world level.

Outreach to new users:
The call for proposals will be publicised through the ERIES website, the JRC corporate communication channels (Science Hub – https://ec.europa.eu/jrc, National Contact Points, social media), and the wide network of contacts established in past and ongoing activities, including researchers and industrial partners in candidate and potential candidate countries. The JRC has also strong contacts with the CEN technical committee responsible for the Eurocodes, its sub-committees and project teams. The open call for proposals will provide opportunities for access to new users from several countries that did not have access to ELSA before. The experience from the H2020 SERA project and the JRC’s own programme for access to its research infrastructures shows that there is considerable interest from researchers across Europe, in cooperation with industrial and overseas partners, in using the facilities of ELSA.

Review procedure under this proposal:
For details on the TA evaluation process, please refer to Task 1.2 of WP1 and the process followed by the TA-SEP in particular.